Dr. Mack received her B.A. in Chemistry from the College of the Holy Cross in Worcester, Massachusetts and her Ph.D in Chemistry in 2004 from the University of California, Los Angeles. She spent six years working in industry as part of the Composite Materials group at Teledyne Scientific Company in Thousand Oaks. Her research experience lies in the area of functional materials for a variety of applications. After collaborations with academic researchers sparked her interest in the area of regenerative medicine, she decided to leave industry to gain experience in the biological sciences. She joined Professor Iruela-Arispe's laboratory in 2011 as a Postdoctoral Fellow with an interest in the design of new materials to study vasculogenesis and to help develop imaging techniques to investigate the effects of flow on vascular network development. Having grown up in southern California, she enjoys outings to the beach, sailing excursions, long hikes, wine tasting and film photography.

Michael is a fourth year undergraduate member of the Arispe lab in the Department of Molecular, Cell, and Developmental Biology (MCDB).  Michael is also a University of California Regents Scholar and MARC U*STAR trainee (NIH).  Currently, Michael works closely with Dr. Julia Mack and Onika Noel on investigating β1 integrin and its role in ECM assembly and vessel morphogenesis.  After graduating from UCLA in Spring 2014, Michael intends to join a post-bacculaurate program to further explore research topics before applying to MD/Ph.D programs.

Carson McFadden joined the Bouchard Lab in 2009 and the 3D project group at its inception in 2010. He is a graduate of the Engineering Science program at the University of Toronto, with a major in nanoengineering. Carson holds various undergraduate awards, including a University of Toronto National Scholarship. While in the 3D project group, he assisted with foundational MRI experiments and fluid simulations. He has now moved on in his educational endeavours, and as a recipient of an NSERC Postgraduate Scholarship, he will begin pursing a Masters of Science in Operation Research and Industrial Engineering at UC Berkeley.

Ashley is in the class of 2013 at Harvard-Westlake School located in North Hollywood, CA. She joined the laboratory of Dr. Louis Bouchard and the 3D Neovascular Technology group in the summer of 2011. She is helping to develop characterization tools for soft materials and is interested in pursuing research in the future. Ashley enjoys playing softball as well as piano and cello in her spare time.

Dr. Iruela-Arispe is a professor and Vice-Chair of the Department of Molecular, Cell and Developmental Biology at UCLA. She is also a member of the Molecular Biology Institute and the Jonsson Comprehensive Cancer Center at the same institution. She teaches Cell Biology for undergraduate and graduate students and in addition coordinates training for the Vascular Biology Training Grant at UCLA.

From 1994-1998 she was Assistant Professor in the Department of Pathology at Harvard Medical School and subsequently joined UCLA where she has been since 1998.

Dr. Bouchard obtained a bachelors degree in physics and business management from McGill University in Montréal, Canada, a Masters degree in medical biophysics from the University of Toronto and a Ph.D. in Chemistry from Princeton University.

His doctoral dissertation explores the use of multiple quantum coherence and long-range dipolar interactions in condensed matter to characterize heterogeneous material microstructure. During his stay in the laboratory of Alex Pines at the University of California, Berkeley he developed novel approaches and methodologies to portable, low-field NMR and MRI, microfluidics and hyperpolarization methods to the study of chemical reactions. He joined the UCLA faculty during the summer of 2008 to pursue research in physical chemistry.

Dr. Stefan Glöggler obtained a diploma in chemistry in 2011 and a Ph.D. in chemistry in 2013, both from RWTH Aachen University, Germany. During his time as a graduate student he mainly used low-field magnetic resonance in combination with hyperpolarization technology to investigate drugs, peptides and drug delivery gels. By the beginning of 2013 he joined UCLA as a postdoctoral researcher and in July 2013 the Cedars Sinai Medical Center as a visiting scientist, to pursue research in the development of hyperpolarized cancer contrast agents and to study dynamic processes in hydrogels for neovascular applications.

Khalid Youssef obtained his Masters in Electrical Engineering from Northern Illinois University where he worked on projects in the fields of machine learning, artificial intelligence, evolutionary computing, control and image processing. He is currently pursuing his Ph.D. in Biomedical Engineering at UCLA, where he is conducting research on fluid control and optimization in bioreactors in the laboratory of Dr. Louis Bouchard.

Michael Lake received his B.S. from UCLA double majoring in Physics and Cybernetics. He then received his M.S. from UCLA in Microbiology, Immunology and Molecular Genetics working on high throughput drug screening for viral entry and budding inhibitors of the Nipah virus, recently featured in the movie Contagion. Since graduating, he joined the laboratory of Prof. Louis Bouchard and is pursuing his Ph.D. in the Department of Physical Chemistry working on projects ranging from optically detected magnetic resonance in nitrogen vacancy diamonds, innovative MRI imaging for cell culture applications, NMR based metabolomics and analysis of topological insulators. Outside of the lab he enjoys backpacking, biking, surfing and many other outdoor activities.

Onika joined the Arispe lab in the Fall of 2010 after entering the medical scientist (MD/PhD) training program at UCLA in 2008. She was born in Georgetown, Guyana where she spent her childhood before moving to Brooklyn, NY. Her interests in the sciences as a teen matured into a motivation to understand the mechanisms of human disease and the application of modern technology to advance treatment and diagnostics. She graduated from the University of Rochester in 2007 with a BS in Biomedical Engineering, concentrating in cell and tissue engineering. The following year was spent at Mount Sinai School of Medicine in the PREP program studying mechanisms of calcium leak in rat cardiomyoctes in the lab of Dr. Eric Sobie. She is currently studying the role of mechanical forces in vascular development and remodeling. Outside of medicine and spending her nights in lab, she has a passion for teaching, mentoring and educational development. She enjoys brisk window shopping, jaywalking and yoga on the beach

Brian received a B.S. in Bioengineering (Biotechnology) from the University of California, San Diego in 2013.  During his time as an undergraduate he characterized lubricants for cartilage tissue engineering and developed a device to administer a cell-based insulin therapy to insulin dependent diabetics.  Brian joined Dr. Bouchard’s laboratory group in the summer of 2013 where he is pursuing a Ph.D. in bioengineering with a focus on molecular, cellular, and tissue based therapeutics.  He is currently working to develop correlated optical and magnetic resonance imaging techniques to resolve vascular networks and obtain fluid velocimetry information from within the bioreactor.  In addition to research and development, Brian enjoys sculpting ceramics, swimming, hiking, and volunteering at an animal shelter.

Nanette N. Jarenwattananon received her B.A. in Chemistry from Barnard College in 2011. During her undergraduate studies, she investigated ferrocene-modified DNA hybridization biosensors for parallel sequence screening techniques. She joined the Bouchard group in June 2011 as a Research Associate, and in September 2012, became a Graduate Student

in the UCLA Department of Chemistry. In addition to the 3D neurovascular project, Nanette is developing novel MRI/NMR methodologies to image chemical reactions in situ. Outside of the lab, she enjoys hiking with her dog, urban cycling, and trying new foods.

Michelle attended the University of California of San Diego for her undergraduate degree in bioengineering with an emphasis on biotechnology. Her focus was to develop a cell-based extracorporeal system to treat insulin-dependent diabetics. Currently she is working on optimization of a bioreactor system and metabolomics under Louis Bouchard. 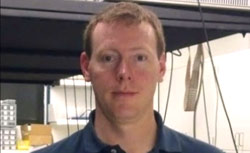 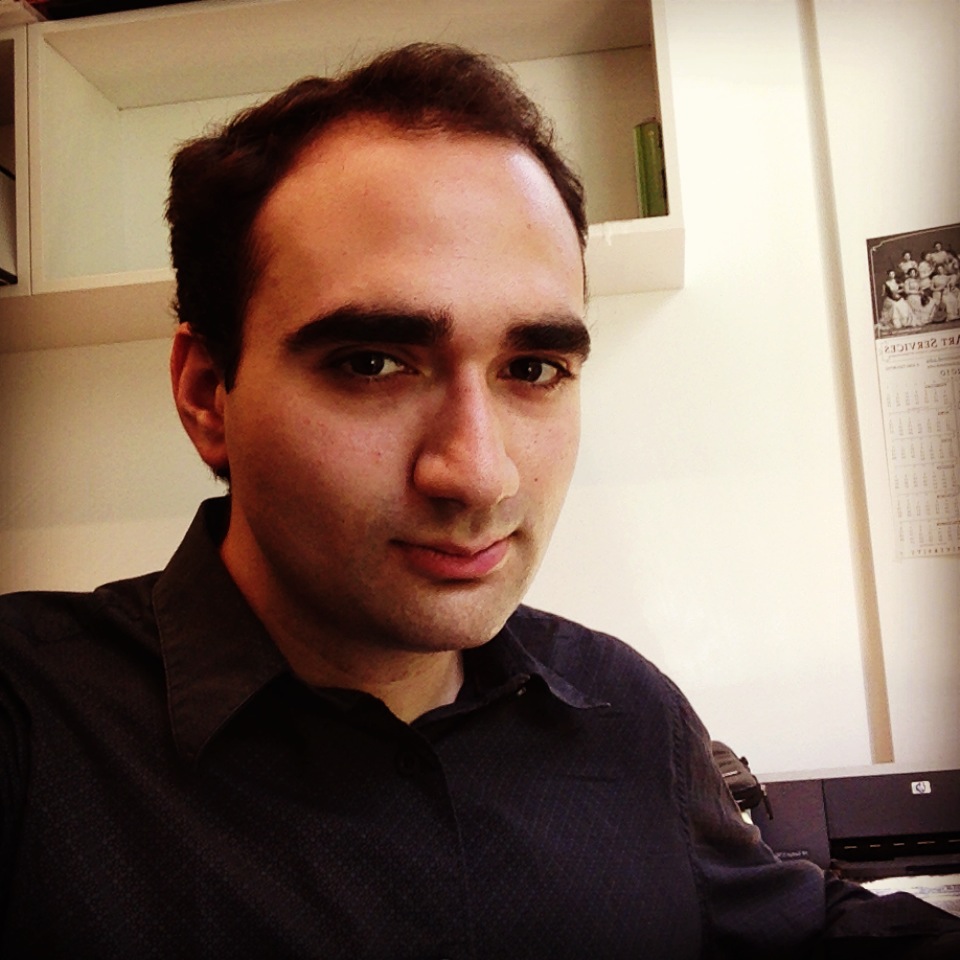 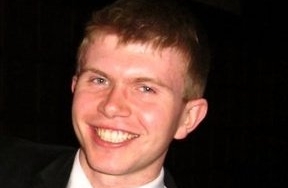 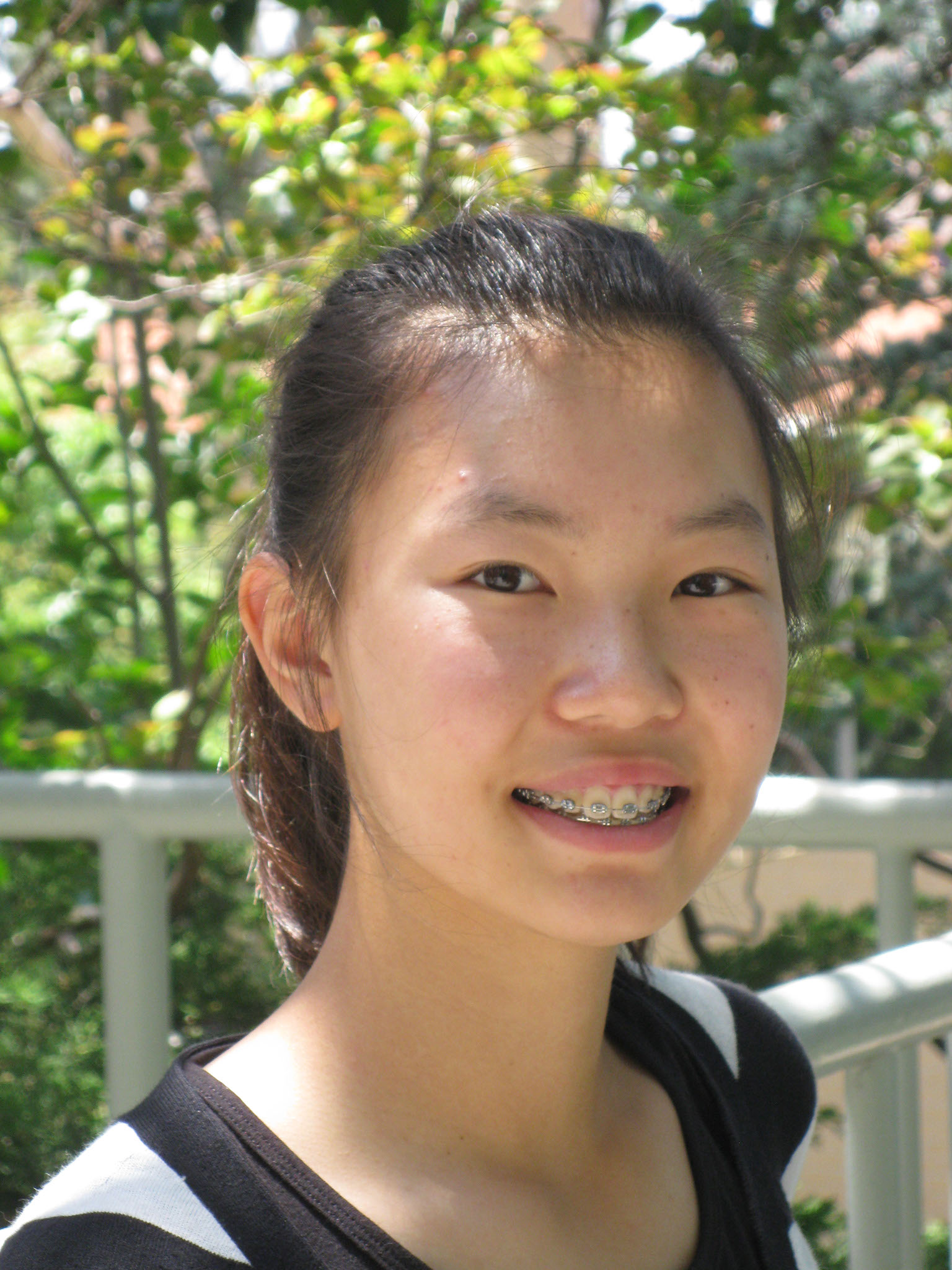